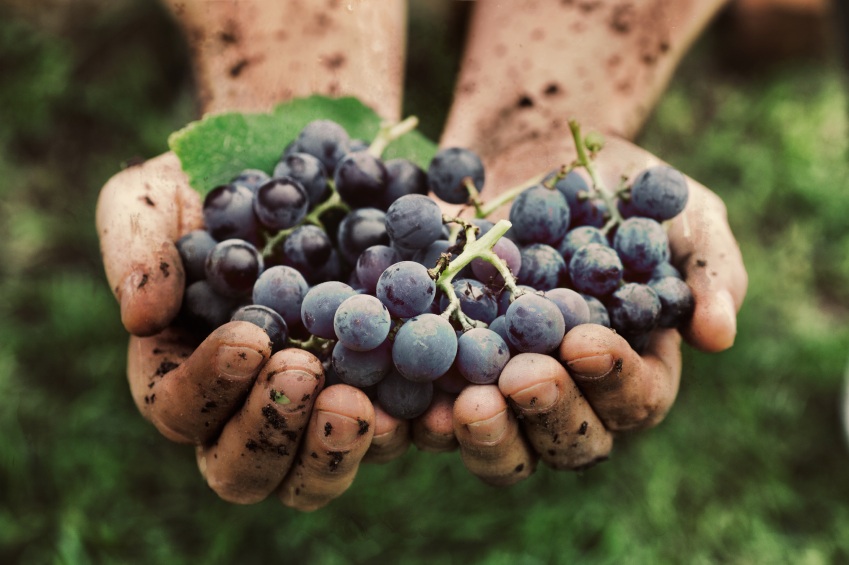 By Civil Eats BY ELIZABETH GROSSMAN

Is organic food better for us? A growing number of scientific studies suggest that it is.

And now, the latest evidence to support this claim is a new report from the European Parliament, written by scientists at universities across Europe, including one who is also a professor at Harvard. The team reviewed the existing science on both organic food and agriculture and concluded that an organic food system offers clear health benefits.

Previous reports have looked selectively at the potential benefits of organic food and agriculture—its environmental sustainability or whether it contains certain pesticide residues, for example. This report, however, takes an unusually comprehensive look at the full range of possible benefits, from nutrition to absence of toxics. It’s also based on hundreds of studies that include food analyses and epidemiological and laboratory studies.

Their findings are clearest when it comes to minimizing exposure to pesticides and to antibiotics used in livestock production. But the report also found that organically grown produce tends to contain less of the toxic metal cadmium—which the authors note is “highly relevant to human health.”

Most striking in its findings is the evidence suggesting organic food can help protect children from the brain-altering effects of some pesticides. And while there is evidence of greater nutrient content in some organic food—particularly milk and meat—as health benefits, these differences appear to be less significant than organic food’s lack of hazardous chemicals.

When it comes to pesticides, antibiotic resistance, and cadmium exposure, the authors write, “If no action is taken, an opportunity to address some important public health issues would be missed.”

The report was prepared for a European audience, but its findings clearly apply to the U.S. “They did a really comprehensive job of a global literature search, so I don’t think anything in the report wouldn’t be applicable,” said Boise State University assistant professor of community and environmental health Cynthia Curl, who researches links between diet and pesticide exposure.

“The immediate benefit” of organic food and agriculture “is to avoid pesticide exposure that can damage early-life brain development,” said report co-author Philippe Grandjean, a professor at the University of Southern Denmark and Harvard T.H. Chan School of Public Health.

While some pesticides are allowed in organic agriculture, most of the widely used toxic ones are not. And those that are allowed are far more limited in quantity. (Food testing has confirmed that organic foods have far lower pesticide residues than conventionally grown food.) One class of pesticides that organic farmers must avoid is organophosphates. These are among the insecticides most widely used on U.S. produce and include chlorpyrifos, which is commonly applied to dozens of crops, including grapes, citrus, tree nuts, broccoli, spinach, blueberries, and strawberries.

Organophosphates are highly toxic to the nervous system. Several long-term studies have examined the impacts of chlorpyrifos exposure on children’s brain development, finding that virtually any level of exposure can adversely affect their IQs.

Scientists have also found that prenatal chlorpyrifos exposure can physically alter the development areas of the brain that control behavior, emotion, language, and memory. Prenatal exposure has also been found to cause arm tremors in children, another sign of nerve damage. Exposure to chlorpyrifos has been linked to behavioral problems, including attention deficit hyperactivity disorder (ADHD). In an interview on Harvard’s website, Grandjean called these impacts “quite scary.”

People who eat organic foods, on the other hand, have been found in multiple studies to have lower and fewer pesticides—including organophosphates—in their bodies than those who ate conventional food. And while such studies can’t make definitive links with health impacts, they do show that eating organic food reduces pesticide exposure.

“Even though the scope of this observation is limited, it is apparent that both pesticide exposure and the calculated health risks are far lower for organic products than for conventional products,” says the report. “As a consequence of reduced pesticide exposure, organic food consequently contributes to the avoidance of health effects and associated costs to society,” write the authors, noting that research suggests these costs are currently “greatly underestimated.”

Organics Can Make a Dent in Antibiotic Resistance

When it comes to antibiotics, “We are seeing a worrisome increase in resistant microorganisms, and agricultural uses are part of the reason,” says Grandjean. He noted that World Health Organization (WHO) director Margaret Chan has called the global rise of antibiotic resistance “a global crisis.” Indeed, according to the WHO, more antibiotics are now used in food production than in medical care.

The report explains that organic animal agriculture is often less concentrated, crowded, and allows more space per animal. It cites studies demonstrating for these reasons and others that raising food animals organically “has several positive consequences in relation to animal welfare and health,” including reduced incidence of disease—hence reduced used of antibiotics. And it adds, “With regards to antibiotic use, U.S. organic standards are stricter than EU standards. Generally, no animal that has received any antibiotic treatment may be labeled organic in the USA.”

Cadmium: There’s More in Conventional Food Than We Thought

Although it’s not often discussed, food is a major source of cadmium (Cd) exposure. In the U.S., leafy vegetables, potatoes, peanuts, and grains are all a primary source of cadmium exposure, says the Centers for Disease Control and Prevention’s Agency for Toxic Substances and Disease Registry. Cadmium is a probable human carcinogen that’s also toxic to kidneys, lungs, bones, and to children’s brains, particularly if they’re exposed prenatally or through breast milk.

The report found that organically grown produce tends to have lower amounts of cadmium than conventional produce, due to differences in soil and fertilizer use. “Low soil organic matter generally increases the availability of Cd for crops, and organically managed farms tend to have higher soil organic matter than conventionally managed farms,” the authors explain.

Some fertilizers, including those designed to add phosphorus to soil, can—because of their mineral contents—also add cadmium to crops. While there is much research to be done in this area, the report says that organic agriculture could help reduce food as a source of cadmium exposure.

An Endorsement of Organic, but More Work Needed

The report’s authors are clear about the fact that both individuals and public health can benefit from organics. But accessibility is still a big question. And when it comes to pesticide exposure, the scientists say more must be done to prevent ongoing harmful exposures.

“Pesticide uses are changing and we need to ensure that the pesticides used from now on do not constitute a danger to children and pregnant women,” said Grandjean. “As it is now, pesticides are not routinely tested for effects on brain development and we ought to change that.”

Boise State’s Curl agrees. “We should have a food supply that is equally safe for everyone regardless of what they buy,” she said.