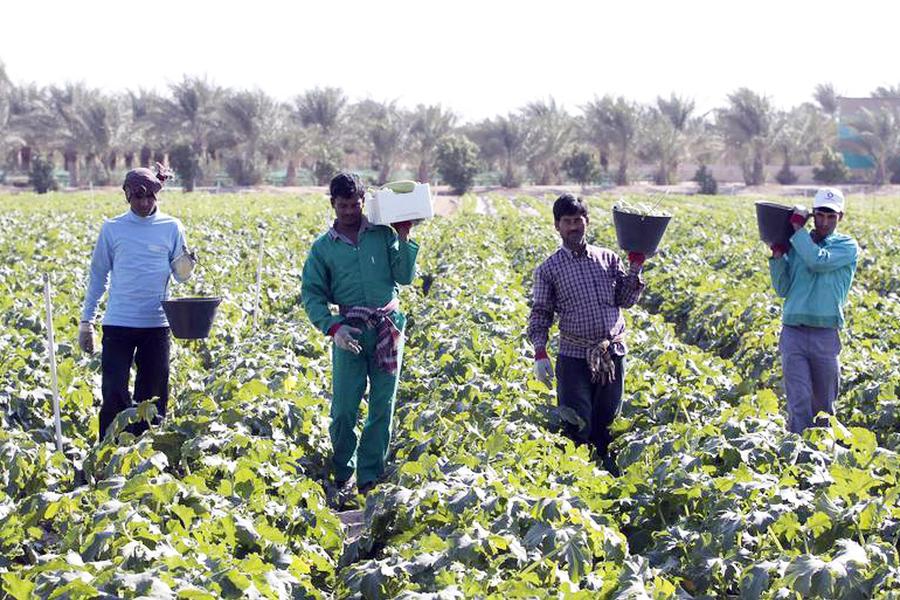 The Qatari government encourages local farmers to use innovative agricultural methods to boost production as well as provides support to promote organic farming in Qatar’s agricultural industry, said an expert.

“The government is encouraging new ways to boost production of farms like hydroponics. Farmers who use hydroponics, for example, can take loan from the government in cooperation with Qatar Development Bank,” said Dr Emad Hussain Al Turaihi, agricultural expert at Agricultural Affairs Department of the Ministry of Municipality and Environment.

Some farmers now understand the advantages of hydroponics and the importance of organic farming, he said, speaking on the sidelines of the ongoing Al Mahaseel Festival in Katara. New farming methods such as hydroponics and greenhouse are important to overcome the harsh condition during summer, he said.

“There are now about five farms producing organic vegetables like tomato, cucumber and squash which are all of good quality. Seven farms have also expressed interest to shift from traditional farming using chemicals to organic which is a method free from any pesticide and chemicals. The government supports farms that cultivate organic produce,” said Dr Al Turaihi.

There are already a number of farms that are producing organic mushrooms as well as organic honey, he added.

The government has been very supportive of the agricultural sector in Qatar through subsidies, he stressed.

“The Qatari government subsidises agriculture. For example, we provide farmers pesticides and seeds at a discounted price of about 75 percent and free consultation. We give some vegetable farms free greenhouses while some farms that produce honey are provided all materials for honey production,” he said.

He said the government have started subisidising around 50 farms that produce honey and the number is expected to further increase in the coming years.

Asked about efforts to increase local production to cope with the increasing demand as population rises, he said the government strives to improve food security.

“Qatar depends 85 percent of its food on import, but during the peak of growing season from November to June we have huge number of Qatari produce. In general during summer time, majority of food are imported. The ministry is taking steps to improve food security.”

He also emphasised the importance of private sector’s participation in improving the food industry.

An expert in date palms, he said good varieties of date palms have already been developed in Qatar and excellent types are being produced such as khalas, shishi and khanizi, adding the Ministry also supports production of date palms by buying them from the farmers at subsidised price.

Dr Al Turaihi has conducted a thorough study of various threats to date palms documenting them in his book titled “Pests and Diseases of Date Palm in Qatar.”